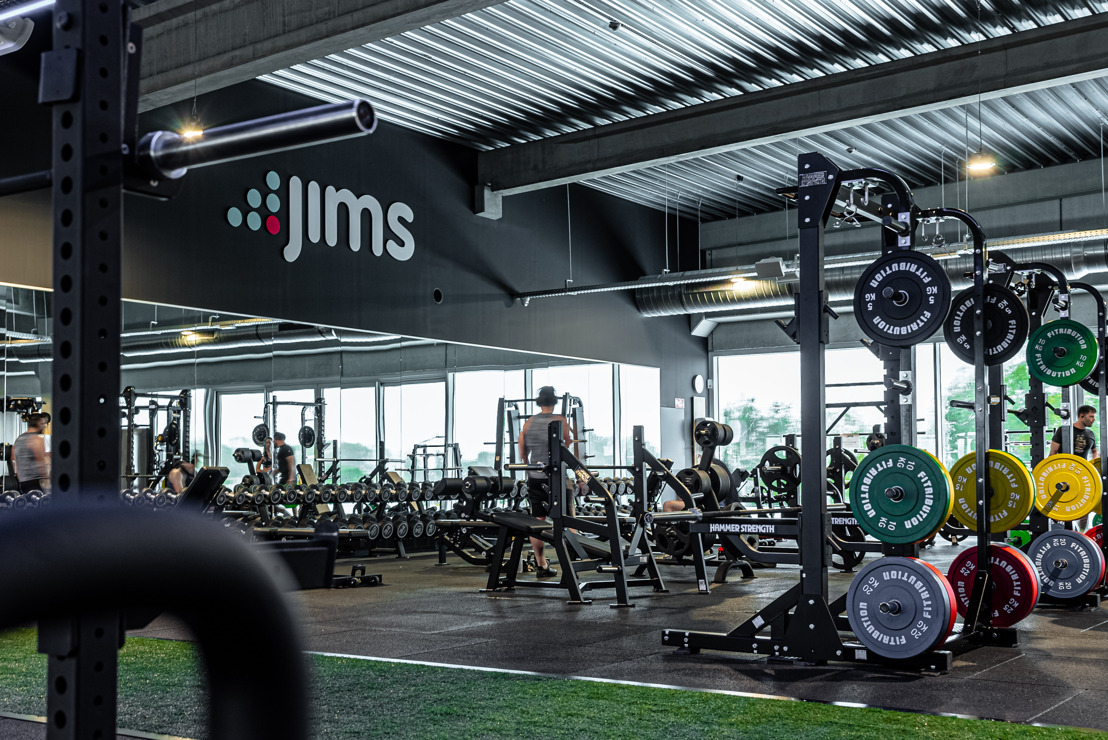 As of today Colruyt Group's gym chain Jims has added 6 new clubs in Oost-Vlaanderen. Jims is taking over 6 of the 8 Oxygen Fitness clubs. In 2023, the 6 clubs will be revamped with the new Jims’ look and feel. The changes to the first club are scheduled for January, and all renovations are set to be completed by October 2023. This acquisition in fact accelerates Jims’ ambitious growth plans.

Jims is taking over 6 gyms from Oxygen Fitness in Oost-Vlaanderen. Specifically, the takeover concerns the clubs in Dok Noord (Ghent), De Sterre (Ghent), Deinze, Zottegem, Geraardsbergen and Zelzate. With this acquisition, Jims greatly expands its presence in Oost-Vlaanderen, reaching a total of 8 gyms. “The clubs are all strategically located," says a pleased Pieterjan Nuitten, Jims general manager. "We now cover the entire ring road of Ghent with 4 clubs: 2 existing Jims at Overpoort and Rooigem, 2 newcomers in Dok Noord and De Sterre. We have 1 club on the approach road from Deinze and, with Zelzate, Geraardsbergen and Zottegem added, we also have a nice presence in the rest of the province.”

Renovations will start in January to give the clubs the new Jims look & feel, which is currently only the case in the most recent Jims branch in Kuurne and in the Naamsepoort in Brussels. The industrial buildings with their high ceilings, open space and focus on connection with the outside world will come even more into their own once they have been fitted with the Jim's look & feel. By October 2023, the renovations should be completely finished. The 2 existing Jims gyms at Overpoort and Rooigem will also be renovated at the same time. ​ ​ ​

Existing Jims members will be able to visit one of the 6 new clubs from the beginning of next year. For Oxygen Fitness members, nothing will change until the end of December, except that they will no longer have access to the 2 Oxygen clubs that are not being taken over. From January, they will also have access to all other Jims clubs. From January, current members will be able to take out a Jims subscriptions or they can choose to have their current subscription transferred to a corresponding Jims formula. Pieterjan Nuitten adds: “We are confident that current members will also be pleased with us thanks to our quality live group classes, qualified coaches and quality fitness equipment.” In the new clubs, the recently introduced smart, healthy food vending machines will also be installed.Jims is a gym chain which aims to make health widely accessible and therefore establishes a clear link between food and sports. ​

Staff stays on board

All staff members, 16 permanent employees, 11 flexible employees and 18 students, are making the switch from Oxygen to Jims. “Oxygen Fitness shared the same values as Jims in many ways, for instance they also attached great importance to the presence of coaches on the fitness floor,” Pieterjan Nuitten explains. “For Jims, too, personal guidance by qualified coaches is incredibly important. We are therefore delighted that the 45 employees are making the switch with us and we will do everything possible to welcome them into the Jims family.” For instance, they will all receive additional training in the Jims academy and be supported by a regional manager who already has 7 years' experience at Jims.

Gym chain Jims has been part of Colruyt Group since April 2021 and has experienced remarkable growth since then.“Even then we expressed the ambition to evolve to 50 to 60 clubs with Jims over time,” Pieterjan Nuitten says. “With the 6 new clubs in the Ghent region and the recent opening of a brand-new club in Kuurne, West-Vlaanderen, we are already at 34 clubs and one in Wilrijk that will open in the spring. So not only are we at cruising speed to realise our ambitions, the expansion under the wings of Colruyt Group is also going faster than expected. Moreover, all the clubs will be revamped over the next 5 years.”