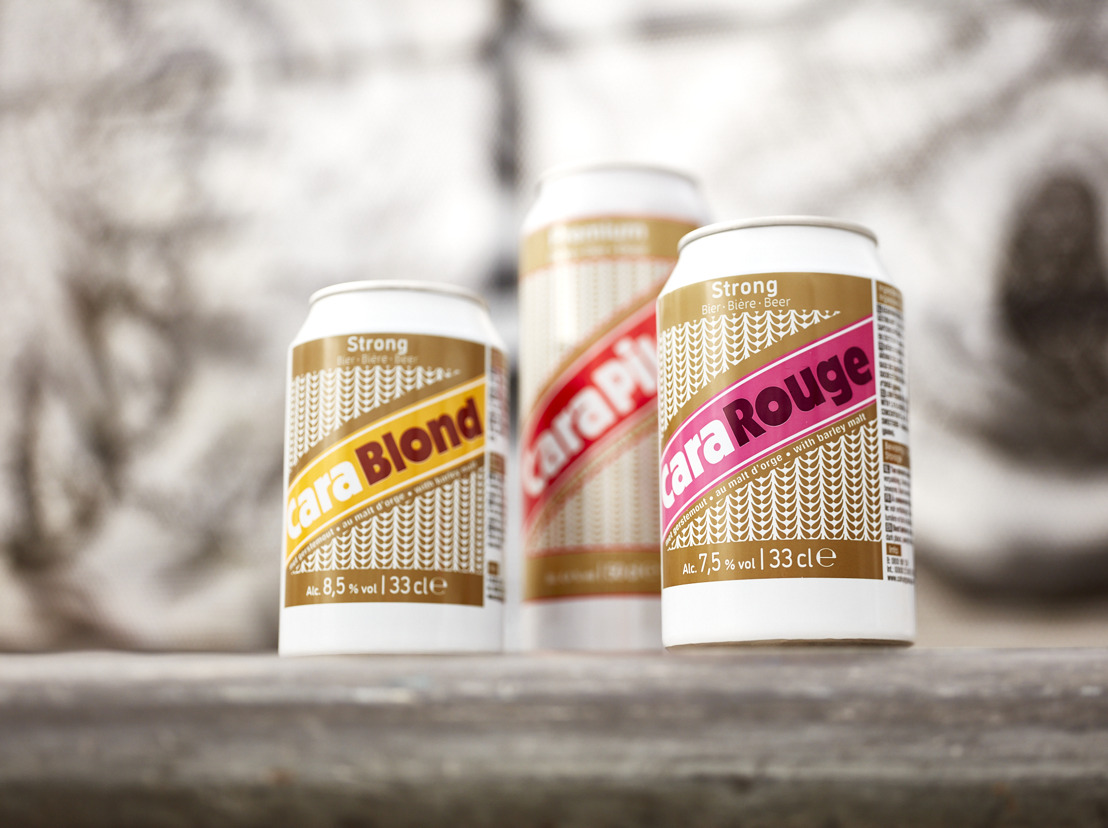 Starting today Colruyt Lowest Prices will sell two new flavours of Cara beer: Cara Blond and Cara Rouge. It is the first time that the retailer launches a special beer under the Cara brand. Cara Blond is a strong blond beer, Cara Rouge a strong fruit beer. Both beers meet the demand of consumers for more special beers.

Koen Debusschere, purchaser at Colruyt Lowest Prices: “The taste of consumers is changing: customers are now more likely to buy a strong blond beer or a fruit beer. We can tell by looking at the sales figures of the special beers in our stores. We are convinced that Cara can also meet this customer demand and that is why we are launching Cara Blond and Cara Rouge: special beer with a strong price-quality ratio.”

Cara Blond is a strong blond beer (8.5%) with malty notes and a fresh hop bitterness. Cara Rouge is a fresh beer based on cherries, for lovers of stronger fruit beers (7.5%). Both beers are best enjoyed straight from the fridge, although we’re sure some students or festival-goers won’t mind it when they are lukewarm. Cara Blond is sold at € 0.52 for a 33cl can, a can of Cara Rouge costs € 0.69.

Where Cara Blond and Cara Rouge are brewed is a well kept secret and will never be revealed by Colruyt Group. The same goes for Cara Pils.

Grown into a cult brand

Colruyt Group launched Cara in 1980 as a lager with a strong price-quality ratio. In the meantime, the brand has become a cult brand that is loved by people of all ages. It is not the first experiment Colruyt Group has conducted with Cara. An alcohol-free version of Cara Pils was launched at some point, but it was not a success.

In 2015, Colruyt Group joined a lot of products in Everyday, the retailer's private label with the products that are the cheapest in their range. And Cara Pils was almost renamed ‘Everyday Pils’. Koen Debusschere: “When the real Cara-lovers heard about it, we got a lot of reactions. Facebook pages were even set up as a petition to save the original Cara. Our customers clearly did not want Cara to disappear, so we decided to listen to our close community and kept Cara.”

A recent success from the same community was the Cara cookbook, launched by Cara-lover and former student Dorian Coppenrath in late 2021. The cookbook contains 26 recipes prepared with Cara Pils, such as pasta 'Carabonara' or chilli 'con Cara'. In no time the book sold 2000 copies. Colruyt Group supported the publication of the book.

Koen Debusschere: “With Cara Blond and Cara Rouge, we are taking an exciting new step in the Cara story. We believe that the beers will catch on with Cara-lovers and become established values.”