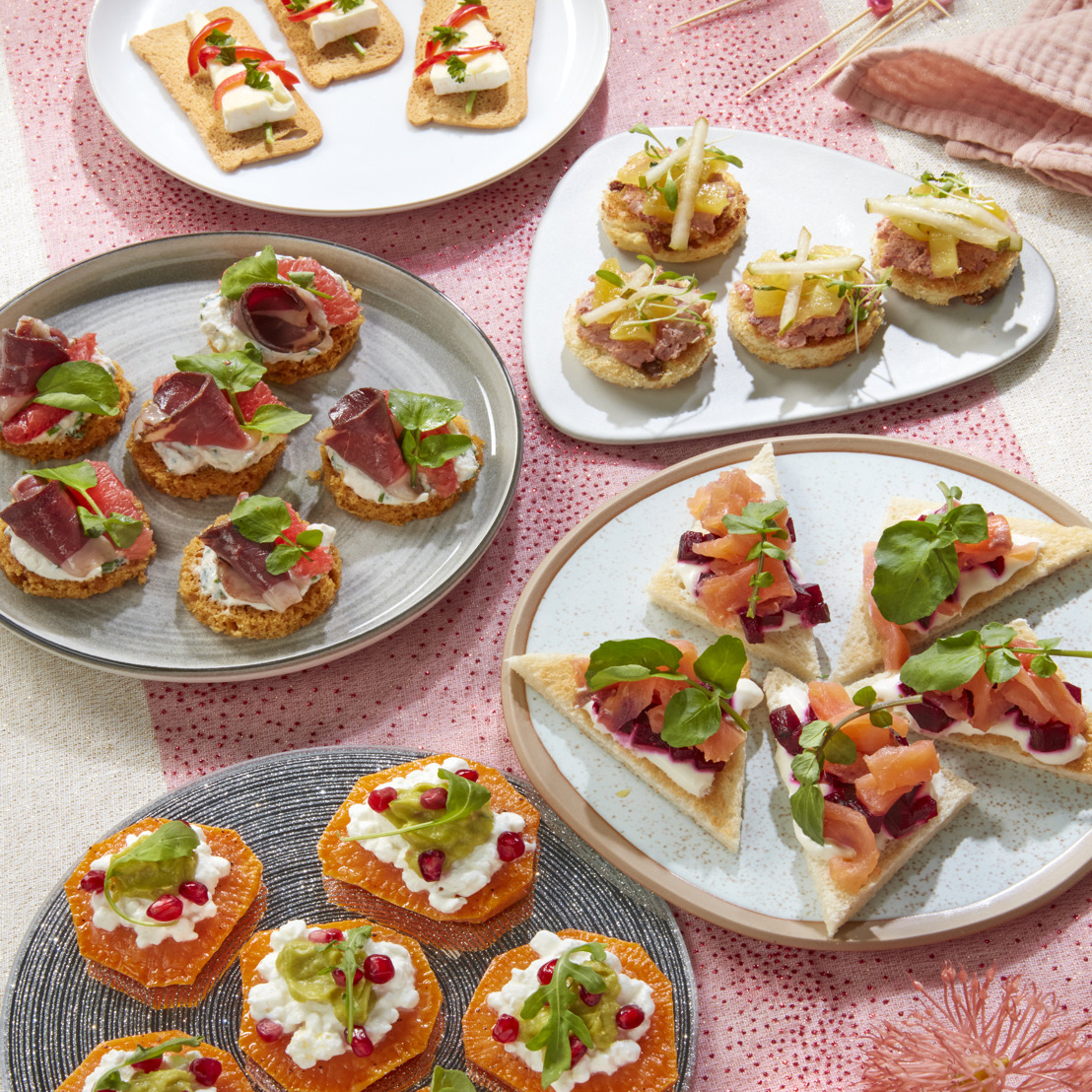 The holiday season, the busiest period of the year at Colruyt Group, is behind us. More than 30,000 employees committed to a successful, yet atypical, closure of the year. Customers bought in function of promotions and with great price awareness; the private labels sold very well. Turkey took centre stage on the menu, while appetisers occasionally replaced the main course, and surimi and fish fingers were welcomed to the party table. Let’s look back on an atypical holiday season at Colruyt Group.

23 December was the busiest day of the past year in Colruyt Group's food store formulas (Colruyt Lowest Prices, OKay, Spar Colruyt Group, Bio-Planet and Cru). This is true every year, yet the 2022 holiday season was atypical. The current situation caused customers to buy more price-consciously and be more sensitive to promotions. ​

The busiest day in stores and online, also meant the busiest day for the entire logistics chain. On 23 December, for instance, more than 1,000 trucks left Halle to supply stores all over Belgium. That is 20% more than on an average day.

At Colruyt Group, on the other hand, they also saw that certain typical Christmas products were bought weeks in advance, such as sparkling wines, crisps and frozen croquettes. Purchases were often made in function of promotions. In certain categories, private labels, Boni Selection and Everyday, also did remarkably well, which also points to budget-conscious purchases. An analysis of people’s shopping baskets also showed that people were cooking more at home.

Colruyt Lowest Prices even recorded a nice increase in the number of new customers. In these times, customers are clearly, even more than usual, finding their way to the lowest prices. ​

A huge trend this year: appetizers. And not only during the aperitif moment, some customers even replaced entire meals with appetizers. When considering all appetizer snacks together at Colruyt Lowest Prices, ranging from hummus, tapenades and olives to hot snacks from the fresh market, the butcher and frozen snacks, the volume sold rose by 10%. This also includes crisps, where more than a quarter increase in volume was recorded. Crisps with classic flavours and private label crisps, Boni Selection and Everyday, did particularly well.

During the aperitif, a lot of bubbly wine was drunk according to tradition. One in three bottles sold by Colruyt during the last week of the year was a sparkling wine. Champagne and cava were slightly less popular this year, but Prosecco recorded a nice increase, especially the Prosecco DOC brut R. Dal Bo Bio. The sale of other Italian sparkling wines, Crémant and Clairette de Die also increased.

For the main course, customers again opted for classics, while budget was still a factor in these choices. In Colruyt butchers' shops, sales of holiday season ready-made dishes rose 10% in volume compared to last year. If we compare it to 2019, that is almost twice as much. The best-seller in that range: turkey pavé with mushroom sauce.

At the Christmas table, poultry was particularly popular among Belgians, especially the more budget-friendly products such as stuffed turkey breast. New Year’s Eve was more about fondue, gourmet or stone grill, together accounting for 40% of the volume of end-of-year products sold at the Colruyt butcher's shop. New this year: customers opted remarkably more often to buy separate pieces of meat for an evening of fondue or gourmet that they cut up themselves, instead of putting prepared dishes on the table. The increased focus on budget is a possible explanation for this.

Lots of parties also had fish on the menu. Within that range, Colruyt saw that the more expensive segments, such as lobster, scallops and oysters, struggled slightly this year. Salmon, cod and unpeeled scampi also did less well. By contrast, sales of peeled scampi, pangasius and fish fingers went up. Mussels and surimi were also eaten more often during the holidays.

To close, Belgians preferred desserts with chocolate: pralines did exceptionally well. Especially Boni Selection milk chocolate seafood was good for four tonnes in the last week of the year. Also in the sweets section: marshmallows were hugely popular this past holiday season.