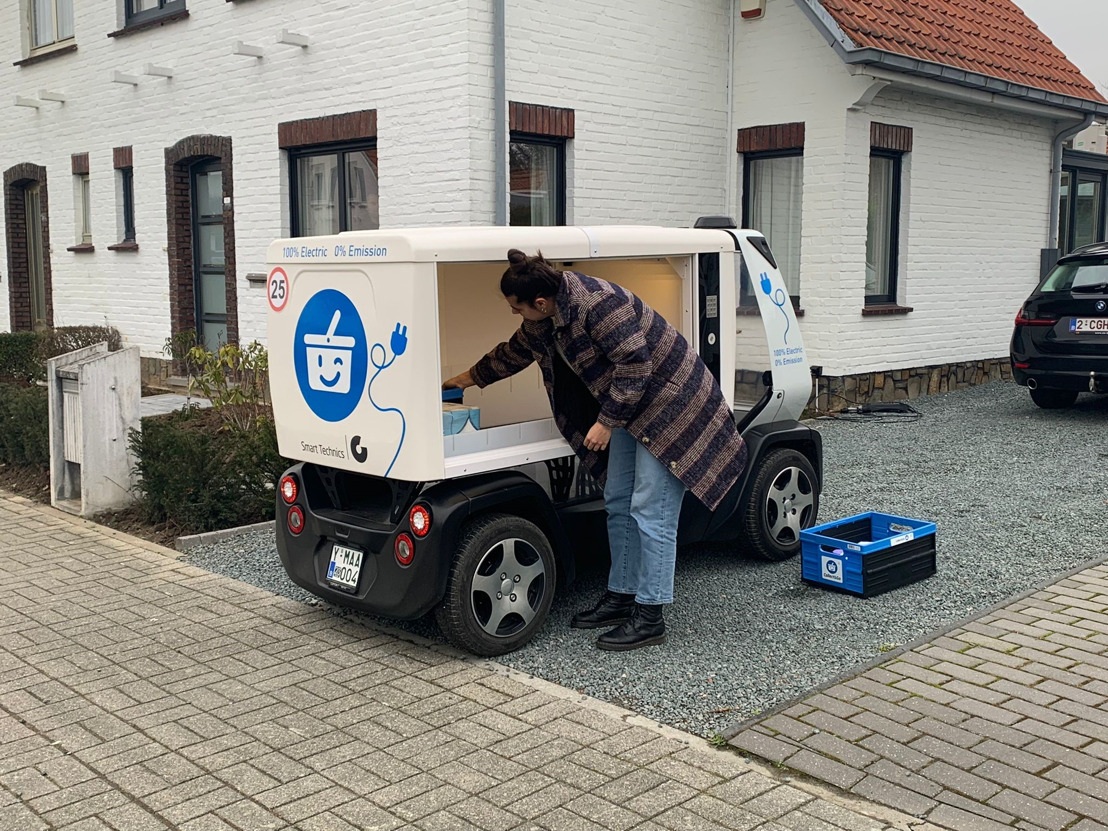 The CLEVON 1 already covered its 1,000th kilometre on public roads in Londerzeel in December.

On the route that the CLEVON 1 has been following for two months now (from Londerzeel distribution centre to the Collect&Go collection point and back), the residential locations of some 30 Collect&Go customers were identified. Those people were reached out to last week asking if they would like to have their groceries delivered to their home by the unmanned vehicle. There was an enthusiastic response, and today three home deliveries are taking place on the route. The first (see attached photo) this morning between 10am and 11am.

Within this test, the customers at whose premises the first doorstep deliveries took place carried out their orders as they are used to via the Collect&Go website. They were then contacted in person with a code allowing them to remove the groceries from the trolley. The CLEVON 1 then left from the Collect&Go collection point in Londerzeel to the customer's home. The latter in turn could also place his folding boxes and empty bottles for deposit back in the CLEVON 1.

The upcomings weeks, further tests with regards to this home delivery will take place.